Reclaim the Streets - the Roots of Right to Repair?

Throughout history there have been many social movements fuelled by individuals who wanted to claim or reclaim their rights as citizens, and to be able to utilise that which is rightfully theirs. One current example is the Right to Repair movement, in which people are demanding that they have the right to be able to repair their own possessions without any corporate boundaries. Can the Right to Repair movement be connected to other social movements of the past? Well, the “Reclaim the Streets” movement was a social movement present during the 90s which sent an important international message.

RTS was originally formed by Earth First!, a radical environmental group focused on the protection of wilderness and wildlife. The first actions of RTS were initially conceived as an ecologically motivated anti-road movement, opposing the motorization of Britain. However, it soon grew to be relevant to wider political issues including anti-capitalism, corporate globalisation and the politics of public space. The RTS movement followed the principle of non-violent direct action, in an effective and powerful way. So, what exactly happened? 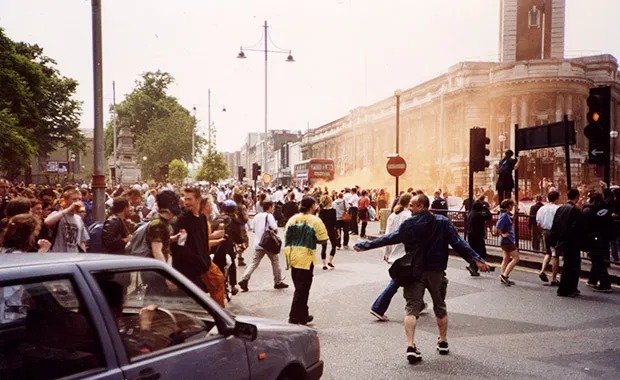 A bit of history

In the autumn of 1993, Claremont Road in London became a landmark for RTS. The road held thirty-five terraces houses, and it was directly on the path of the M11 link road. The invasion of automobiles in Britain was becoming more and more apparent, and so the road’s residents decided it was time to protest. They moved their furniture onto the street where they started fires, and then they built a stage to hold parties. They reclaimed the road as their street, signifying a truly liberated, ecological culture.

However, in late 1994 the state responded with the Criminal Justice and Public Order Act (CJPOA), criminalizing these civil protests. The “Battle of Claremont Road” was lost, and all the activists were evicted. However, this was only the beginning. In May 1995, RTS organized its first street party, made up of five hundred people on Camden High Street. Picture this: two cars careen into each other on Camden High Street, and a crowd of 500 people emerge from the crowd of shoppers to redecorate the street and begin to dance to loud music. 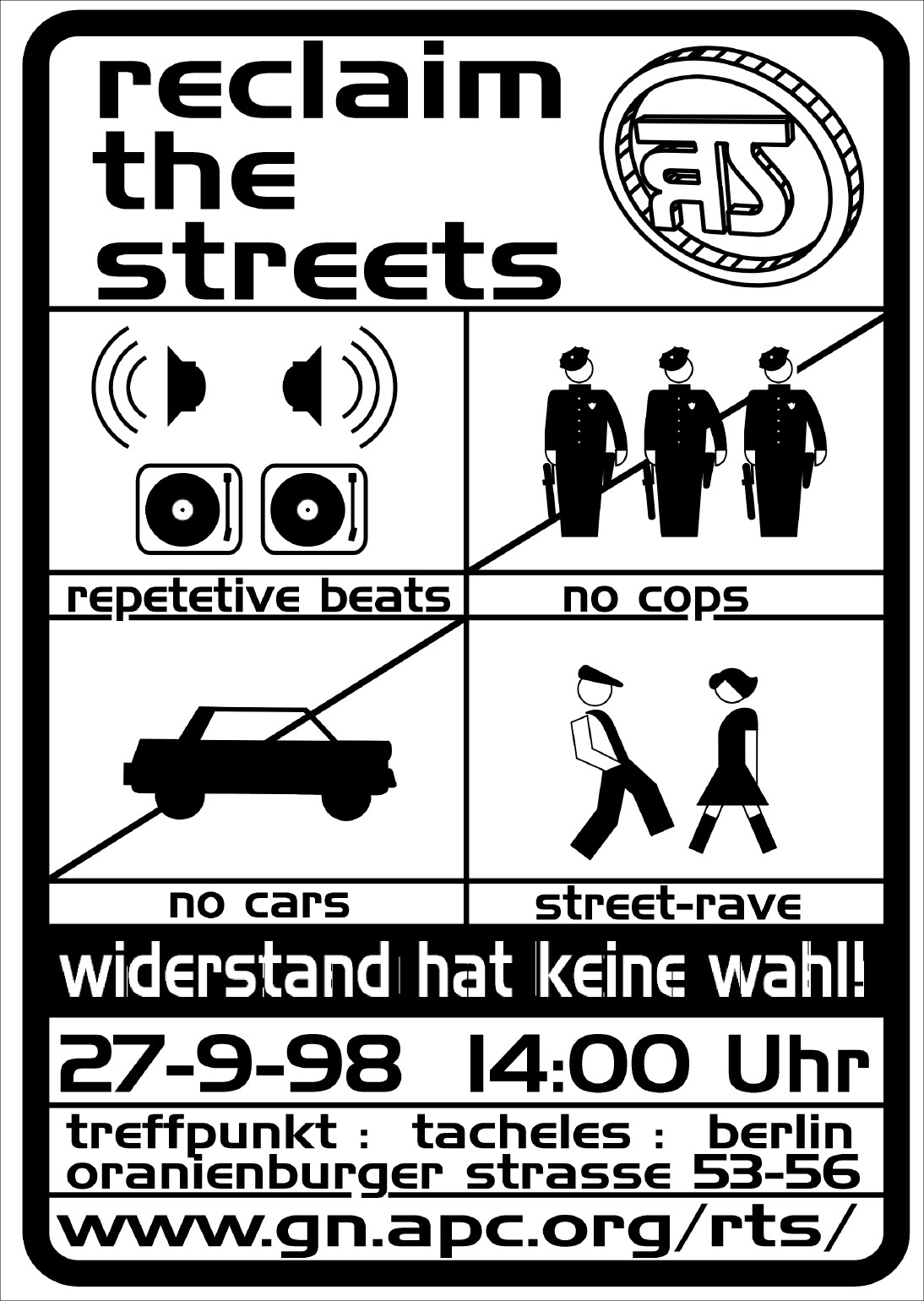 The following years saw RTS-inspired protests across the globe; including in Europe, America and Africa. In 1997 the RTS movement began to progressively decline, and the final major event took place in June of 1999.

The significance of RTS today

RTS was a social movement rooted in ecological motives which had a wider political significance internationally. With cars invading the streets and pollution filling the air, RTS aimed to reclaim the space people had called theirs whilst opposing the dramatic increase in pollution. RTS and the Right to Repair movement can be seen to have the same motives; they are both fuelled by people who want to claim their rights as citizens whilst having a positive ecological impact.

If citizens joined together to support movements such as these, we could create a fairer and more sustainable world. SO GET INVOLVED! 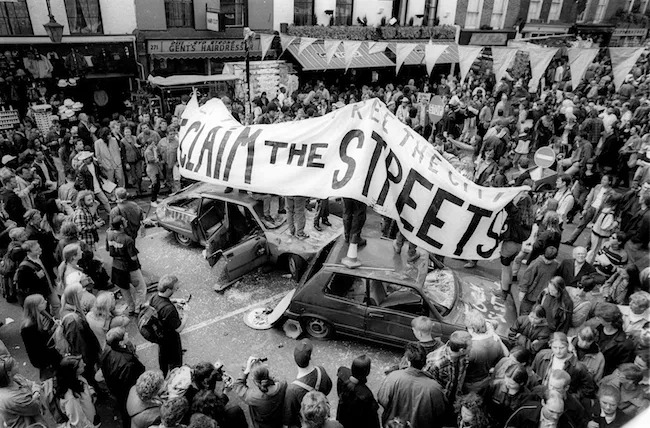 “Imagine: it’s a hot summer day, four lanes of traffic move sluggishly through the grey stinking city haze, an air horn pierces the drone of cars. Suddenly several groups of people appear running out from side street carrying 20-foot-long scaffolding poles. In a perfectly choreographed acrobatic drill, the scaffolding poles are erected bang in the middle of the road in the form of tripods and people climb to the top, balancing gracefully 20 feet above the tarmac. The road is now blocked to traffic but open to pedestrians. Then that spine-tingling peak experience occurs. Drifting across this extraordinary scene is Louis Armstrong’s voice singing “What a Wonderful World” – this wondrous sound is coming from an armoured personnel carrier which is now standing in the car-free street. Within minutes, thousands of people have filled the road.”